From Vietnam To China Day 15

The day began with breakfast in the hotel. The temperature was 55° and the humidity was 52%. As we were getting back from breakfast a young woman was playing a harpsicord like instrument, called a Gu Sheng, in the garden. What a beautiful quiet atmosphere in the center of the busy old city.

We all met at 9:00 and walked through the Lijiang old city market. Not an easy task for Tashi and Duane who have picked up a flu bug. We walked to the van park and Pang Ga drove through the new city of Lijiang with a population of 2 million people.

Tashi told us the legend of the Mu Family, Naxi Chieftains, who ruled this area since 1271. The origin story is similar to the one we know from Moses.

Lijiang is the cultural center for the Naxi people, a small matriarchal tribe with rich traditions. They have their own language with a unique pictographic script and its own unique music. This city has been designated a United Nations Heritage Site.

At 11:15 Pang Ga picked us up from our walk in the city and we drove to the Yuhu Village to see the Naxi people. The Jade Dragon Mountain was not out today; the peaks were covered with thick dark clouds.

Tashi explained the history of Joseph F. Rock, the National Geographic historian and botanist, who wrote about and photographed this region. Rock worked with the Naxi People until 1949. We visited his home and museum.

We left the village at 12:30 and had lunch in a Wieger’s Restaurant called The Big Noodle Bowl of Ya Jun. A Muslim sect in the Yunnan Province, the Wiegers have had much publicity because of their drive for independence.

Our next stop was the Dongba Culture Museum dealing with the Naxi people where we learned more about the ethnic group. We even met a wise man from the village that was doing calligraphy and the pictographs used in the Naxi language.

We went to visit the Tibetan Stupa which is under construction. The site is incredible and much of the infrastructure is completed. The artists were working on the carvings inside the Stupa but much of the decorations have been completed.

At 6:30 we met for dinner and then attended the Naxi Music Concert in the old town city. We returned to the hotel at 9:30. 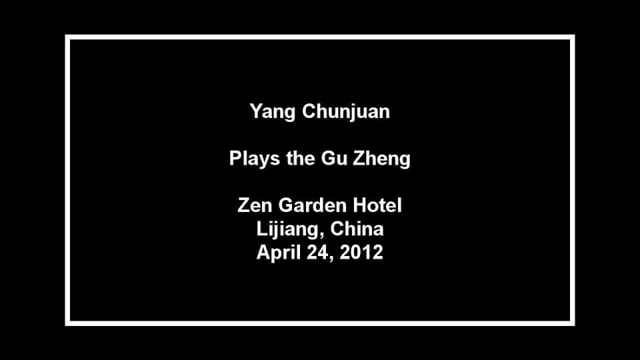