From Vietnam To China Day 9

We were up with the birds again today. At 5:45 we checked our mail and finished packing. After breakfast we put our bags out in the hallway, and then we had a few last photos with Cuong.

At 8:00 we waved farewell to Sa Pa and drove down the now familiar road back to Lao Cai. We were stopped by the traffic police who were looking for violations in “paper work” and asking for a “gratuity”!

After a short delay, we continued on to the border. Lap and Cuong helped us with our bags, we said good-bye, and they pointed us in the direction of China.

Our next step was to go through the procedures for leaving Vietnam at the Border Gate Administration Center where they stamped our passports.

We walked through the huge archway and over the bridge spanning the Red River into China. At the Hekou Entry Inspection Central we processed our entry cards, the guards examined our passports and visas, our luggage was x-rayed, and we were finally cleared to enter China.

As soon as we walked out of the Border Station, we were met by our Chinese guide, Tashi, and our driver, Pang Ga.

Pang Ga negotiated traffic and the narrow streets on Hekou and soon we were on a beautiful new two lane divided highway. We were required to stop at an inspection station.

The guards asked to look at our passports and another young man opened the back of our van and glanced at our luggage. Pang Ga had to show them his travel documents also.

Ten minutes later we were able to proceed north. The Kun Express Road is only three years old and being financed by tolls. Our charge for using the road today was about $7.00. Because of the high fees, there were few cargo trucks, one or two cars, and no motorbikes.

Along the hillsides we saw groves of bananas, fields of pineapple, and trees grown for timber and paper.

Tashi told us a little about himself; a Tibetan, educated in Scotland, who now lives in Shangri-La. He also told us stories of his family and their flight from Tibet.

It was after 1:00 when we began to see the town of Mengzi with a population of over 1 million people. This is considered a small town in China. Tashi told us that like all China’s cities, Mengzi had grown so much since he first brought people here.

We stopped at one of the local noodle cafés for lunch at almost 2:00. We had the “special” - the only thing on the menu; the famous meshi which is clear broth soup like the pho we had in Vietnam but with a thicker rice noodle.

Tashi and Pang Ga walked with us around the old part of town to see the railroad station. The station no longer is in service for passengers, but freight trains still come through the town delivering goods.

We were able to have our first glimpse at several of the women from the Mao hill tribe in their bright orange, red, and green costumes. We took photos and enjoyed seeing the simple life in this part of town.

Back in the van, we drove to the Nam Nau (North Lake) Park. This area is much wealthier with homes of the French engineers who came to build the Yunnan /Vietnam railways.

The park was much cooler with a refreshing breeze blowing across the lake. Senior citizens were playing cards and mahjong and doing Chinese dancing accompanied by traditional musicians.

We left the park at 2:30 and retraced our path through town and passed through the “new city” with its shopping malls, sports arenas, huge apartment complexes, and new high-rise hotels.

As we continued our travels, Tashi told us about the high rate of growth but the persistent high unemployment as so many people continue to come from the country to the cities to look for work.

When we arrived in Jian Shui we drove directly to the Hua Qhing Hotel. In addition to having no electricity, we were all very disappointed in the quality and cleanliness of the hotel.

Tashi did not hesitate to find us a cleaner and more accommodating place to stay. While we waited, he visited several hotels in the neighborhood and found that the whole area had no power.

When he returned he gave us several options and we decided to go with his suggestion of a newer and better equipped hotel. However, the new hotel did not have power either and would not until 7:00 pm.

The Fairyland was just a few blocks away and available. We moved our things back in to the van and Pang Ga brought them to the new hotel. We checked in but at 7:00 there was still no power.

We went to the Old Towne Café for dinner. This restaurant had a generator so they were able to serve food. It was very warm and crowded. Tashi ordered a variety of dishes for us to try.

At 8:15 there was still no power but we went back to the hotel. The attendants at the front desk gave us a candle to use in the room. We always carry flashlights, another smart traveler tip!

At 10:30 the power came back on, we were able to complete the log for the day, and choose the photographs for the website. It was a while before we had water but the room cooled down nicely.

We did the best we could with what we had; roughing it in Yunnan Province, China.

I was talking with Jana Preheim today, and she has been to Vietnam fairly recently, so you two will enjoy comparing notes. It's really interesting to see what the women wear.

You are hearty souls! 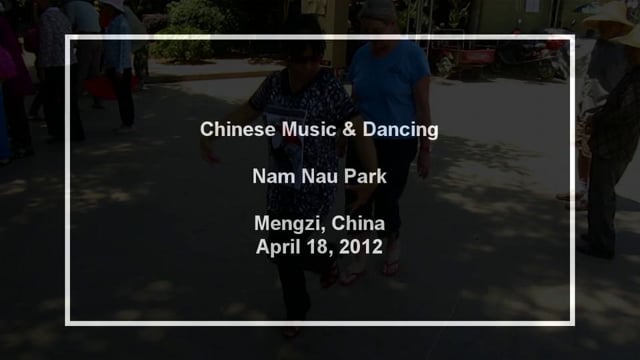