From Vietnam To China Day 3

At 7:50 we boarded our A330 at Gate #9 and were greeted by Teresa, our China Airlines flight attendant, with a steaming cup of Woolong tea. We also received another pair of nice flight slippers to add to our collection.

It was breakfast time but we were served a full lunch. Gennie and I tried the typical Taiwanese specialty of “Da A Mee” a light broth with noodles, thinly sliced onions, shrimp, and ground pork.

The side dishes were an egg marinated in soy sauce, octopus with cucumber, chicken marinated in wine sauce, and rice wrapped in seaweed. With the exception of the egg, it was all delicious!

There was another time change as we flew over the South China Sea and into Hanoi. We landed at the Noi Bai International Airport in Hanoi. As soon as we debarked, our guide, Mr. Le Van Cuong met us and took all of our paperwork to the immigration office.

As we stood in the long lines, he purchased our visas so we would not waste any time. None of us had anything to declare so we passed through the Customs officers quickly.

Our driver Mr. Tauong was waiting for us in a large nine passenger van. They loaded our luggage and we drove about an hour to the center of the city and our hotel.

On the way Mr. Cuong told us about his days in the War of American Involvement. He entered the army at the age of 18 and was a soldier for the North; one of the few of his friends to return from the war.

Cuong gave us information about the city, the rice fields, and other garden crops as well as what we would be seeing this afternoon. We wound through the narrow streets avoiding thousands of scooters, trucks, and buses as well as hundreds of street venders selling food, flowers, and toys.

Our hotel, The Serenade, was situated right in the heart of "the city inside a bend of the Red River." The city is a blend of thousand-year-old temples, tube houses, neo-Parisian buildings, and modern hotels and office buildings.

We had time unpack, take a shower, and change our clothes before we all met in the lobby at 2:00 to go for a cyclo or rickshaw ride around the Old Quarter. Markets are specialized. There is a street for baskets, one for gold and silver, and for candy, flowers, fruits, and motor cycle mechanics.

We ended up in the Old Quarter for a special Cheo musical performance at The Old House in Ha Noi which was a traditional old home. The singers peformed folk songs designed in the early days to teach the peasants stories with a moral lesson.

After walking through the inner city and meeting many people from Cuong’s old neighborhood, we walked back to the hotel dodging traffic that seemed to have gotten heavier as the afternoon progressed.

There was time to go back to our rooms to cool off, catch up on the journal, and look at the photos from the day. We are starting to get into our travel grove!

Cuong met us at 5:45 to walk to dinner. Our meal was at the MAM Restaurant about 10 minutes from our hotel. We enjoyed cream of chicken and corn soup, deep fried spring rolls, Hanoi style tempura shrimp, and sesame beef balls, all for starters!

The main course was chicken in vegetables served with sticky rice and sautéed vegetables. We had a selection of fruit for dessert followed by mangosteen, a new fruit for us that Cuong bought from a vendor on the way to dinner.

It was 8:00 when we walked back home. Cuong told us the secret of walking in Hanoi traffic is just keep walking at the same speed and never make eye contact, it is a sign of weakness!

hello. I didn't know there was a War of American Involvement! Interesting to see their perspective. It looks like another great adventure. Hope the food portions are not too large, or you could be in trouble...

I remember Ha Noi well. It was our first OAT trip! The lesson on how to cross the road in traffic was very valuable and we use it very often in many busy cities. Are you in a group or just traveling with your friends? Is this your first time in Viet Nam? We just spent a week in Cartagena, Colombia and really enjoyed the lovely old city. Good to hear from you again, Carol

Wounds wonderful and so healthy! Blessings.

always intersting to know what tour group you are traveling with and size of group ?

Sounds like Virginia traffic to me! Turn signals are a sign of weakness in the ol commonwealth. :)

Brings back memories. I remember arriving in Hanoi. Our first lesson was how to cross the street - never stop or change speed or direction. I was never so scared!

Sounds interesting! We are in the car driving to CT from MD for my mother's memorial service. She passed away recently-four months after my father! Enoy your trip. Lake and Lynn 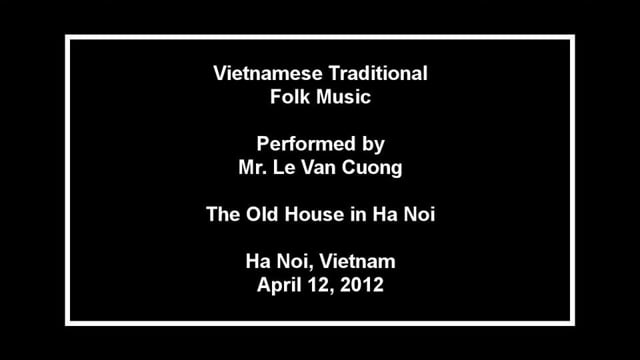