During the night we traveled south 88 miles from Budapest to Kalocsa. The boat moved very smoothly in the water, with only the minimal vibrations of the engines to lull us to sleep.

After breakfast we got our backpacks ready for our morning trip to be able to experience the rural beauty of Hungary. Our Yellow Group was the second to get off of the ship and on to the bus with our local guide Niki.

It was a beautiful day, partly cloudy with a light breeze and temperatures almost 60° and the humidity was 85%. We drove just a short way to the small city of Kalocsa through fertile farm lands where they grow corn, sorghum, wheat, and of course, the famous peppers for paprika.

Our first stop of the tour was at a traditional peasant cottage, raised on a berm of land about four feet high to protect the home from the flooding of the Danube each spring. With plastered whitewashed outer walls and thatched roofs, the homes were taxed by the number of chimneys. To avoid paying excessive rates, many kitchens were black and sooty as there were no vents for the cooking stoves.

Reconstructed to represent a home in the settlement, handcrafts such as lace, embroidery, and brightly colored walls decorated this small home. From the cottage we went to Holy Trinity Cathedral and Square and to see the palace estate of the Archbishop of Kalocsa.

Beautiful chestnut trees, maples, and ash were turning golden brown and glistened in the sun. As it was supposed to be raining today; we all marveled at our luck with the weather. There had been a hard frost so when we got to the gardens of the Paprika Museum; we saw the withered stems of the pepper plants but plenty of bright red peppers drying in the sun.

The museum is dedicated to the study of the medicinal and culinary purposes of the red pepper. Displays show the visitors the way they are grown, harvested, and the products that are made from the simple red pepper. The peppers were introduced during the Turkish Ottoman invasion and are now a huge part of Hungarian cooking.

Back on the bus we traveled for a few minutes deeper in to the flat countryside (puszta) to the Bakod Equestrian Center for a demonstration of the famous Hungarian csikós (cowboys) and their amazing riding stunts. The well trained horses were beautiful to watch even though the past few days of rain made the arena very muddy.

We were served wine, paprika bread, apple juice and brandy and watched the horse show for about 30 minutes followed by a wagon ride around the ranch. Other animals at the ranch were gray long-horned cattle, Racka sheep with distinctive horns, and curly-haired Mangalitsa pigs.

At 11:45 we got back on the bus for the short ride back to the river where the crew was waiting for us with a light lunch in the Captain’s Club. The Hungarian fish soup was excellent – who knew we loved Hungarian food?

Back in our room, Captain Spoor gave the order and we left the town of Kalocsa and continued our sail south to the city of Mohács. When we originally boarded the boat, we were told there would be a fire/evacuation drill within 48 hours. Today was the day!

Just as everyone settled back to their cabins after lunch the alarm went off. We found our life-jackets and went up to check in with Bogdan and the rest of the yellow group. After the recent cruise ship disasters, the Captain made sure we were all safe and accounted for!

We docked at Mohács about 4:45 and decided to go ashore to check out this little hamlet. Big enough to have two grocery stores and several other shops; there must have been about seven churches in the town! Very tolerant of many religions, we saw several Catholic churches, also many Protestant, and even a Serbian Greek Orthodox church.

We went for a long walk around the little town and everything closed down at 5:00. No people selling stuff to the tourists, no vendors trying to sell maps and postcard, nothing was open!

We had a contest as we were nodding and smiling to everyone to see who would get the first smile and wave. I won; a young guy on a bicycle waved back and smiled at me.

Sad looking Communist era apartment buildings and flats lined the streets but there was hardly any activity. Perhaps everyone goes home to cook their dinner and watch TV!

At 6:45 we went back to the boat and worked on the journal and photos. Vic made a great video of the Horse Show this morning but could not load it to YouTube or Vimeo. The women at the front desk told him that they blocked it so people would not use so much of the limited bandwidth of the ship’s internet.

Vic was able to send the video to our son, Eduardo who loaded it for us. Amazing technology! We joined the group in the Lounge for the port talk to find out the information about the schedule for tomorrow and then went to the Captain’s Club dining room for a light dinner.

Only eight people signed up for the lighter fare in the smaller room, and only four of us showed up. Along with the Captain and the other tour directors it was a very relaxing buffet dinner.

The journal was ready and posted and the hour was getting late. We were able to get to sleep a bit early to be ready for our day in Pecs and then we clear customs and sail into Croatia.

Video is great. Sounds like the day was relaxing and eventful.

Sounds like you had an Interesting day! We saw those same kinds of sad looking Communist era apartment buildings in St. Petersburg. Glad you are enjoying your trip! Stay safe.

I cannot quite picture curly-haired pigs!

FANTASTIC -- the embroad. & lace -- outstanding!!!! I had no idea Hungary was famour for the peppers that were made into Paprika. If you keep me in your hip pockets long enough, I will get a real enducation. LOL Thanks again for the wonderful write ups, pic, etc. Take care and sleep tight.

Sounds wonderful especially the simple life of small towns. I don't know about this "light" dinner fare. Try not to miss anything good.

Beautiful lace, wow! Yes I am following you. :) 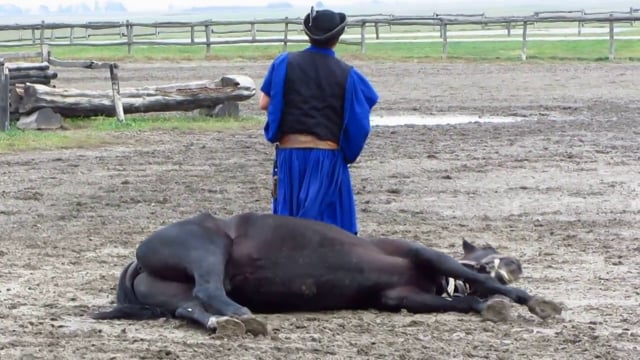