We woke up to dense fog and 47 degrees. The streets of San Marino were very quiet on this early Saturday morning. There were a few people walking to work and the street cleaners were out already.

As we have seen the major sites of the capital, we decided to venture out and drive to the Adriatic coast that we saw from Tower #2 yesterday. The drive to Rimini, Italy was short as the crow flies, but with switchbacks all the way down the mountain, it took over 45 minutes to arrive.

Our GPS helped us to navigate the directions that Stephano at the hotel desk had given us. We took a back road through a suburban area to arrive at the historical center of this ancient Roman city.

Stephano had suggested that we park near the Ponte di Tiberio, Tiberius Bridge, on the confluence of the Marecchia River and Adriatic Sea. The gentleman at the parking lot did not speak English, but offered us a map, and then pointed out the important sites we should visit on this day trip.

We crossed the river to take photos of the five-arch Roman bridge built in 20 CE, (Common Era). It was named for Tiberius Caesar, the Roman Emperor at the time.

History tells us that the indestructible bridge was bombed during the retreat of the German soldiers during the Battle of Rimini in World War II. Still standing today, it is open to foot traffic and personal vehicles. Not bad for over 2,000 years old!

At 11:30 we started walking east toward the Adriatic Sea. As we approached the city marina we saw small motorboats, then pleasure vessels and sail boats, and finally closest to the sea were the large fishing fleet.

When we got to the end of the pier, there was a “First Responders” recognition. Uniformed armed servicemen and women as well as the carabinieri or national police, and the local polizia were giving demonstrations of their equipment and services.

We saw Italian coast guard, army, and navy members talking to children and adults about their jobs. There were also ambulances, rescue divers, firemen, Red Cross, and even canine patrols.

We continued our walk along the Marina Centro, an expansive 15 kilometers of yellow sandy beach where we could see surfers in the breaking waves. The sea was high and the wind strong. We had our jackets on but the sun was out and it was a gorgeous day for a stroll.

Only a short way down the beach we could see kites flying in the wind. There was a mega-kite exhibition with kites of all shapes and sizes tied to heavy sandbags. Giant flying fish, a sea turtle, sharks, teddy bears, cartoon characters, and other geometric shapes brought a rainbow of color to the clear blue sky.

Heading back to our parking lot, we walked through the Federico Fellini Park, dedicated to a hometown hero and Italian film director and screenwriter. We stopped for lunch at Casina del Bosco and shared a salad and piadina; a healthy and habit-forming meal.

We set the GPS to return to San Marino and by 4:15 we were back at the Grand Hotel for our last night in this delightful mini-country.

We were happy to stay in for the evening, but seeing some images of the Towers and buildings in the evening, we decided to go back out for some nighttime photography.

We got back to the hotel about 8:30, showered, and called it a day. Tomorrow we will have a very long, six-hour drive to Liechtenstein, another of Europe’s Micro Countries.

I have enjoyed touring with you on this gray and snowy day! Thanks for the adventure. And, of course, love the photos! 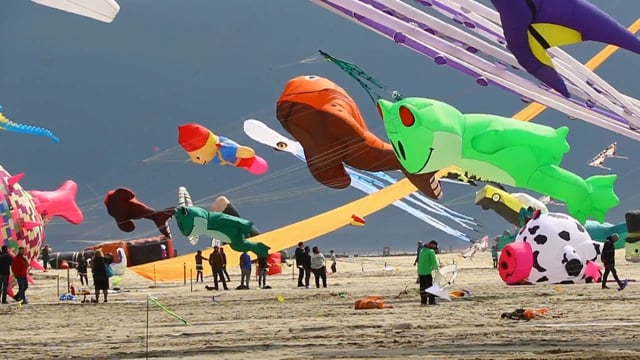